Authentic Japchae noodles- stir fried korean glass noodles with veggies and home made sauce. This recipe was shown to me by my couchsurfing hosts in South Korea. 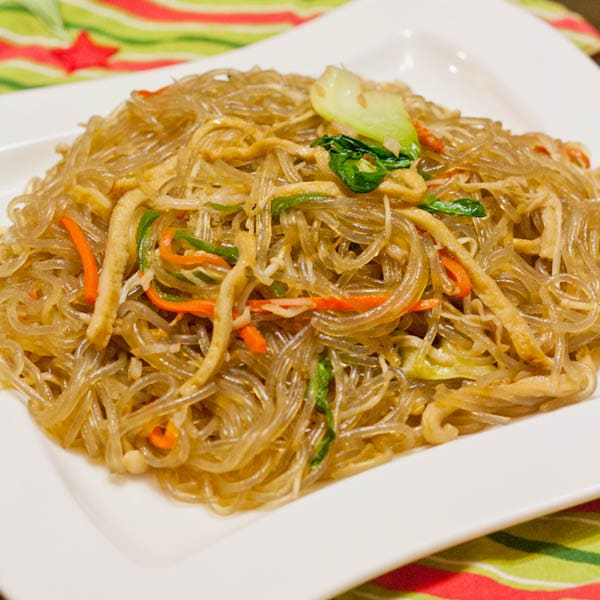 Japchae noodles is a Korean dish made with glass (sweet potato starch) noodles and vegetables. I have had glass noodle dishes before but never been served them by Koreans, so when our couchsurfing hosts in Gyeongu, South Korea mentioned that Japchae noodles would accompany the acorn jelly salad for dinner I was elated. 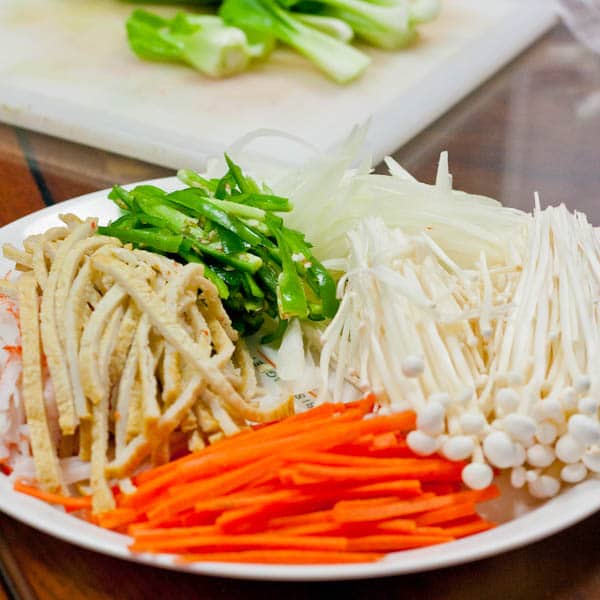 Anxious to accurately document the recipe, I had my notebook and pen in hand as Minju dictated the list of ingredients she used for the Japchae noodles Korean glass noodles. As a vegetarian, instead of beef, she added fish cake and imitation crab sticks. For the other mix ins we had carrots, enoki mushrooms, jalapeno peppers, onions and bok choy (instead of the traditional spinach). I even got to participate in the veggie julienning process and received compliments on my swift knife skills (always flattering). 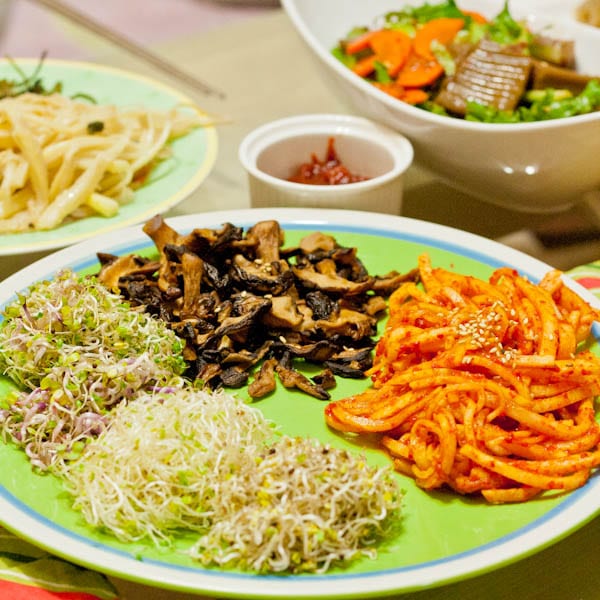 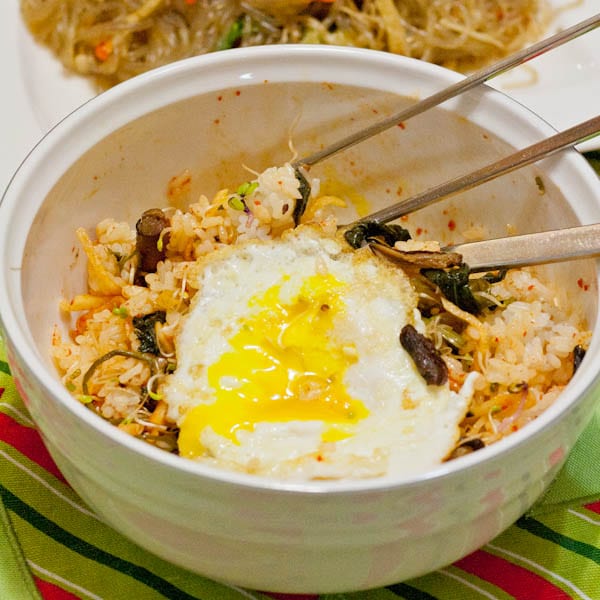 As we sat down to our first home cooked meal in a while, D and I were so thankful to Minju and Phillip for preparing something that closer resembled a feast than a simple one-dish meal. As is natural in South Korean dining, we had multiple plates of various kimchi accompanied by the acorn jelly salad, bibiminbap (rice with kimchi, sesame oil, a fried egg, and Korean red pepper paste) and the Japchae noodles. Everything was delicious and we truly felt incredibly welcome into their home. 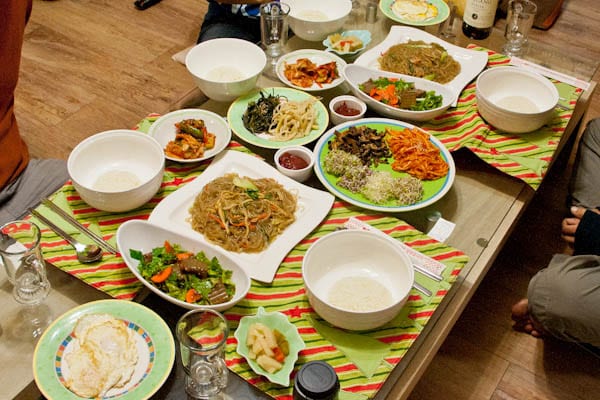 The Japchae noodles is a simple recipe but the key is to julienne all the ingredients and keep the strips of veggies the same size. The proper way to stir fry the veggies is one at a time but in today’s busy world it’s easier to just throw them into the wok all together, adding the bok choy last. Only lightly fried, the veggies stay somewhat crisp and without being overloaded with sauce the entire dish feels healthy, wholesome and authentic.

Definitely this stir fried Korean glass noodles recipe I will be recreating at home. 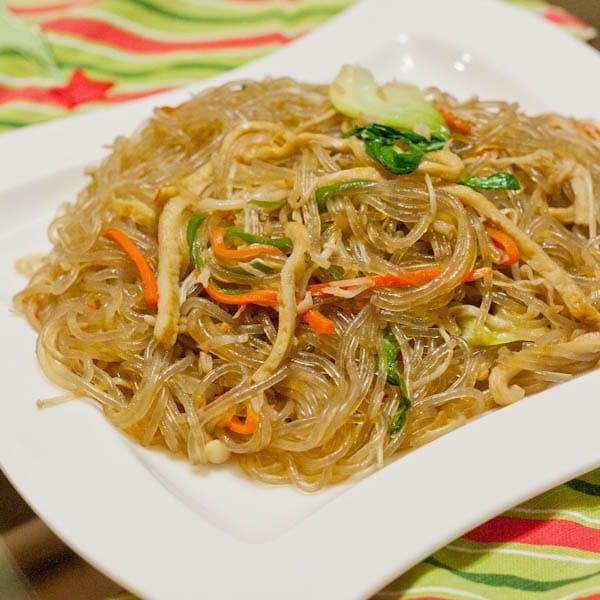 Let me know what you think of these Japchae noodles in the comments below! 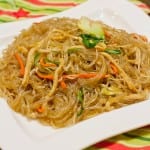