A light and flavorful pumpkin veggie burger with white beans and quinoa. Both vegan and gluten-free and bursting with fresh fall flavors like sage and rosemary. 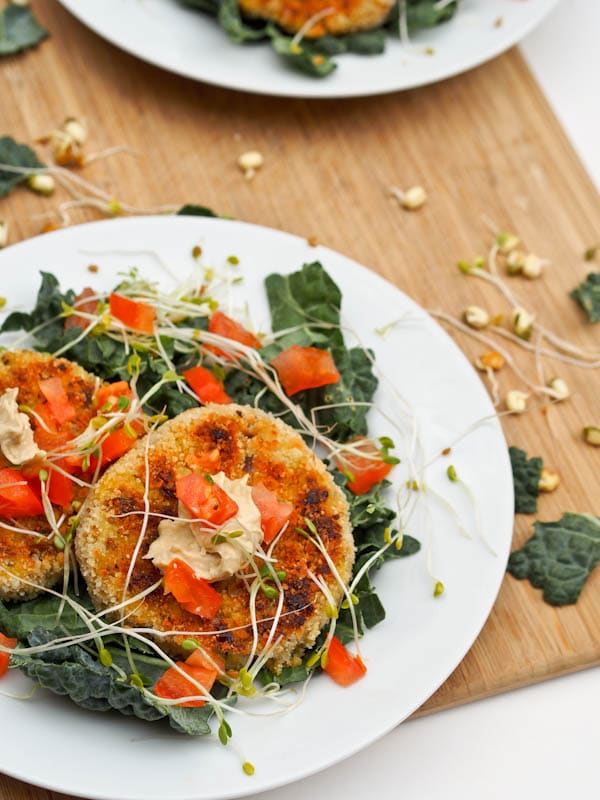 Remember how I professed my love for all things pumpkin a few posts back? Well the love affair continues. I love being back in New England for the fall, where the leaves are a golden orange and red and pumpkins are everywhere.

From carved decorative pumpkin, to pumpkin pasta to pumpkin beer, oh boy do not even get my started on pumpkin beer. As I write this post I’m enjoy a Blue Moon Harvest Pumpkin Ale, not quite sure it’s my favorite, but good thing I didn’t commit to a full six pack. Instead I bought a six pack of pick your own, so I filled mine up with all different kinds of pumpkin beers, and a pumpkin cider.

Both are delightful. Especially with a cinnamon sugar rim. I don’t even like sweets, but once that pint glass is dipped in a mix of cinnamon, sugar, and a pumpkiny fall spiced beer filled up, I’m simply in heaven. Hmm, oh the flavors of fall.

On that note, after you’ve had your fill of pumpkin themed drinks, it’s time for a pumpkin themed vegan and gluten-free dinner meal aka this pumpkin veggie burger.

Cue white beans quinoa pumpkin veggie burger. These babies are full of fall flavors with sprinklings of fresh sage and rosemary and are healthy to the max. I’ve even thrown in some chia seeds and a full head of oven roasted garlic. Let’s talk oven roasted garlic for a second. It is simply the best. It’s super easy to make, basically just slice off the top of the whole head of garlic, drizzle with olive oil, wrap in aluminum foil and toss into the oven for a good 30 minutes. The result is simply magical. Garlic that is spreadable like butter with the most pleasant to the palate garlicky taste. Not overwhelming but simply perfect. You could just spread it on toast – or better yet add in to make this pumpkin veggie burger.

Even though these are veggie burger they do also taste incredibly “meaty” (is that a strange way to describe veggie burgers) and filling? With the quinoa flour and gluten-free panko breadcrumbs, the pumpkin veggie burger holds together perfectly and stay nice and firm.

For more veggie burger ideas make sure you check out my: 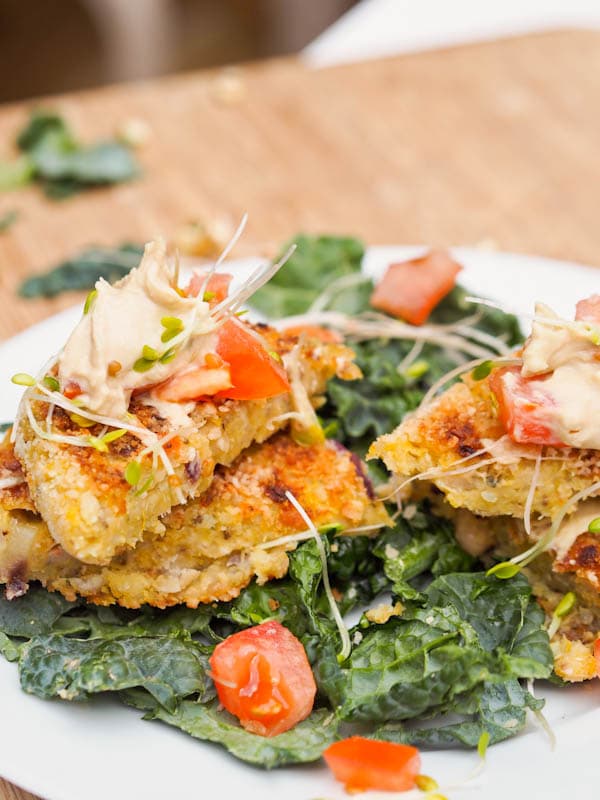 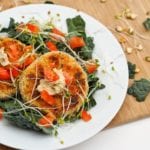 A light and flavorful pumpkin  veggie burger with white beans and quinoa. Both vegan and gluten-free and bursting with fresh fall flavors like sage and rosemary.