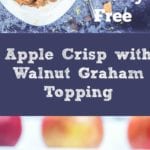 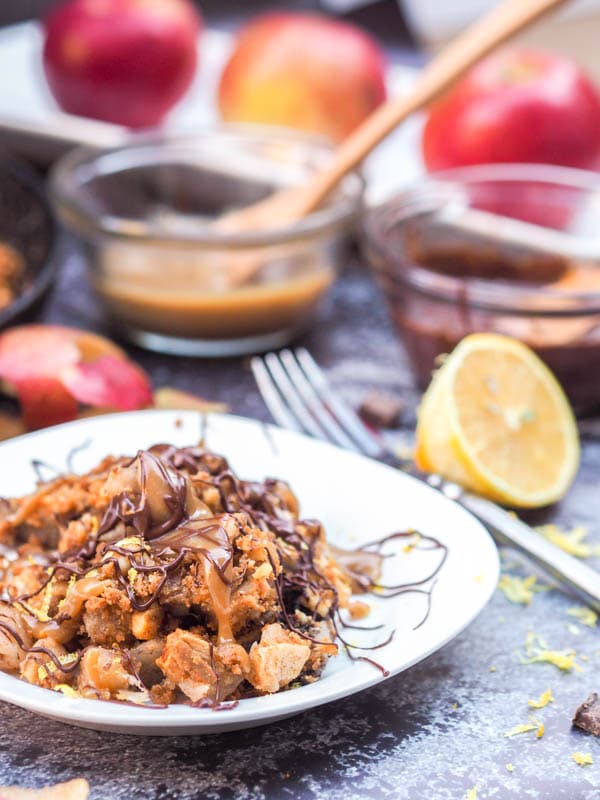 Don’t apples make you instantly think of fall? This is the ultimate apple dessert season. There’s just something in the crisp New England fall air, that you want to be frolicking in apple orchards and baking up a storm with them, feeling that strong familiar aroma floating through the kitchen.

Confession time – I’ve actually never been to an apple orchard.

Time to get over to one, especially since that seems to be a top activity here in Massachusetts.

Instead I’ve been cheating and buying my “farm fresh” apples at the grocery store. Gasp. I know.

Don’t tell anyone, or I might not longer be deemed fit to bake with apples in the fall. 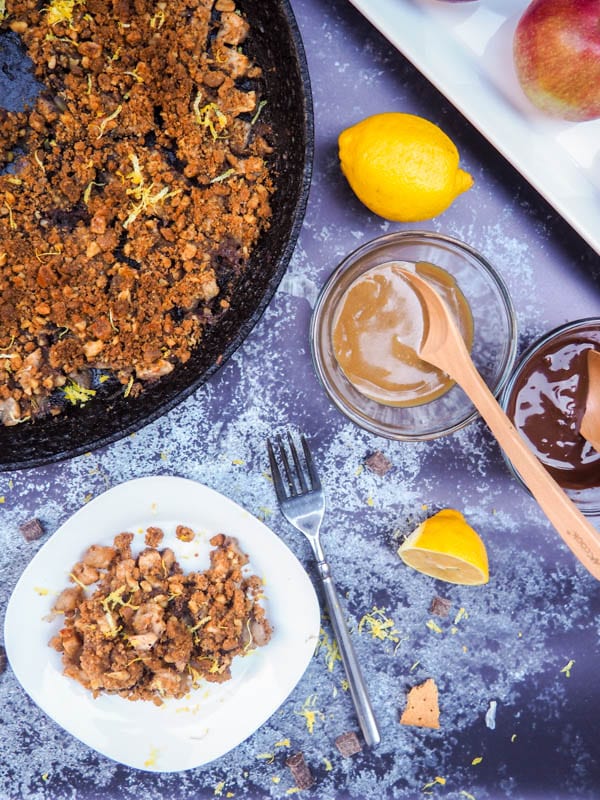 Earlier this year I made hasselback baked apples, which were delightful, but this time around I wanted something a bit different.

A gluten free apple crisp was in order.

I have tried this recipe two different ways. First with the apples, skin on, halved and thinly sliced and layered one slightly overlapping onto the next in a large cast iron pan.

And this time around I peeled and chopped the apples, tossing them in a bit of lemon zest, lemon juice and cinnamon.

Apples are sweet enough so no extra sugar needs to be added.

This recipe works both ways – it’s just a matter of preference, though I have to say, in my gluten free apple crisp I prefer the apples nicely chopped.

The lemon juice and zest add a lovely burst of fresh flavors – seriously lemon and lime zest are two of my favorite kitchen companions. They just bring recipes to life. Are ya with me?

The apples are baked topped with a walnut graham cracker crumble. Look out for those gluten-free graham crackers in stores (or vegan ones to keep this recipe entirely plant based). Instead of butter I mixed the crushed nuts and crackers with solid coconut oil – to get that streusel texture.

I love the combination of walnuts and apples together – especially when baked, and the gluten free graham crackers add a lightly sweet cinnamony honey taste and crunchy texture too. 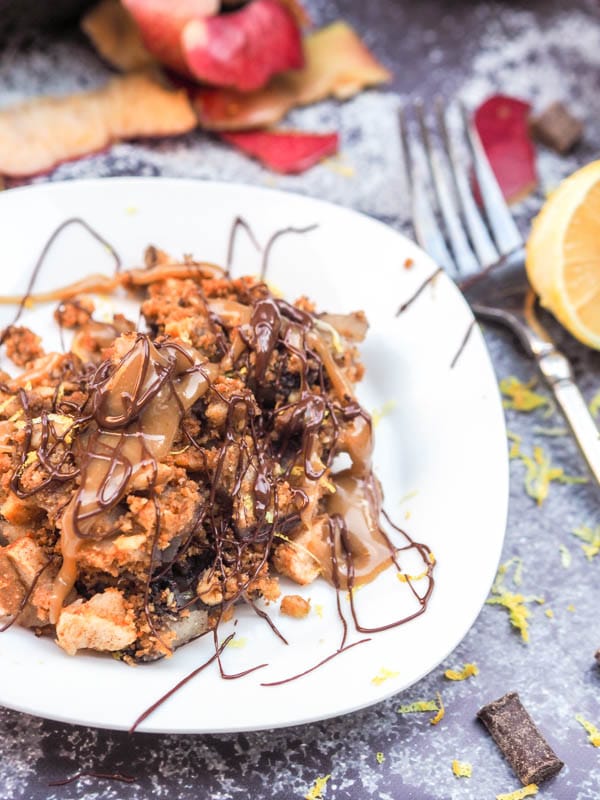 For the ultimate way to serve this make sure to also drizzle a bit of vegan caramel sauce (the same sauce from my vegan caramel chocolate turtles) and melted chocolate.

This is one of those super simple to make yet impressive fall desserts that are perfect on a cool night (preferably with a crackling fire in the background). A nice living room scene I’ve painted for you right?

This would also work as a Thanksgiving dessert alongside the classic pecan pie and pumpkin pie. Next time you’re craving a fall apple dessert be sure to give them gluten free apple crisp with walnut graham cracker topping a try!

I know you’re going to love it! 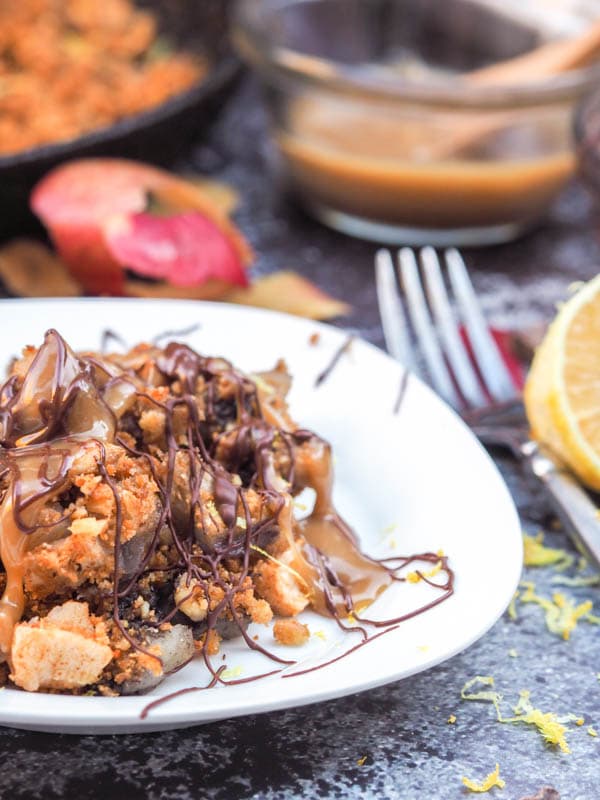 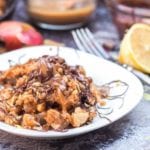