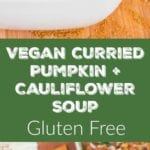 A 45 minute super comforting and hearty vegan pumpkin cauliflower soup with spinach and almonds. Healthy and delicious. Gluten Free too. 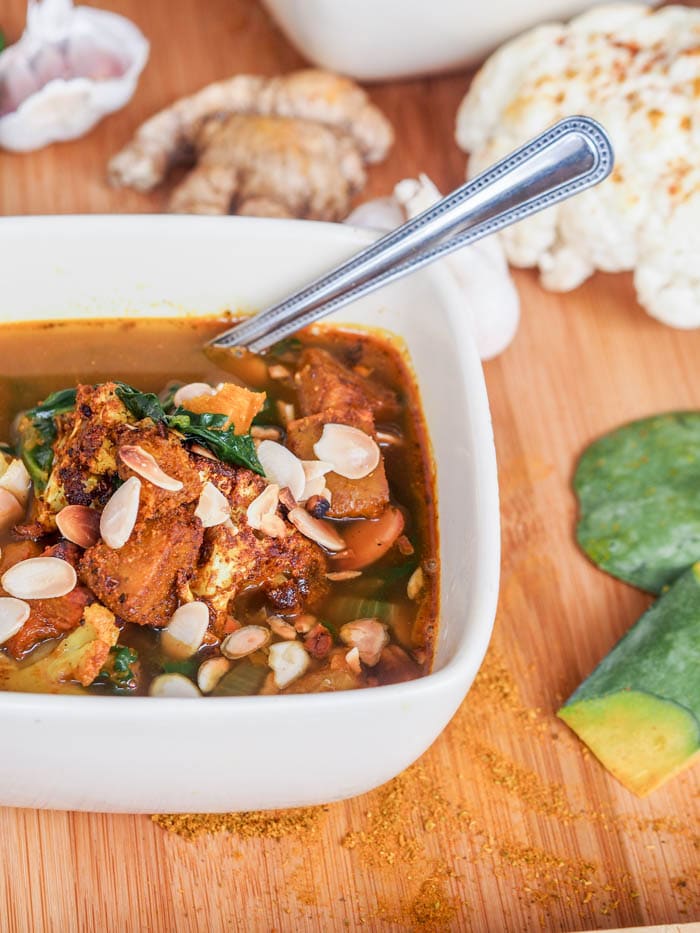 I am sick. Yet again. Somehow colds seem to very easily track me down. Last time I was in was in Lima, Peru, at the end of March. That time I was at least renting an apartment so I could whip up soups like it was my job.

What is it about being sick that makes you instantly crave a super hearty, steaming, hot bowl of soup? There’s just nothing just like it. I have a soup bowl sized hole in my stomach, that simply won’t go away until I have some proper soup.

Currently, I’m in Tucuman, Argentina, a small city in the north, which is known for being the point of declaration of Argentinian independence from Spain in 1816, and the city where good soup cannot be found in 2016. No joke.

I have tried out three soups. No dice. My first attempt was a creamy vegetable soup, which while ok, tasted more like a liquidy pumpkin puree. It was closer in consistency to my vegan cauliflower mash, than my vegan creamy pumpkin soup.  Strike One.

At the second spot, I ordered a chicken cazuela – which in Chile meant a soup of thin broth with pieces of chicken, squash, corn, etc – not my dream soup, but close enough. Well I now know from personal experience that a cazuela is not the same dish in Chile and Argentina. The soup from the previous country, here is more of a oily, saucy skillet with chicken thighs, deep fried potatoes and peas. Strike Two.

Then last night I ordered a minestrone. A minestrone, according to wikipedia (not my definition) is defined as a “thick soup of Italian origin made with vegetables, often with the addition of pasta or rice. Common ingredients include beans, onions, celery, carrots, stock, and tomatoes.” I think I need to show that description to the restaurant so they can alter the menu.

What I received was a “thin” watery soup definitely not of Italian origin with the saddest looking mix of vegetables ever. There was just a sprinkling of the finest chopped carrots, and zucchini you have ever seen. D, literally looked over at my place and said that is a really unhappy soup.

While the search for good soup in Argentina continues I’m just going to pretend I’m eating this vegan curried pumpkin cauliflower soup that I made a couple weeks ago while in Chile (and not yet sick). 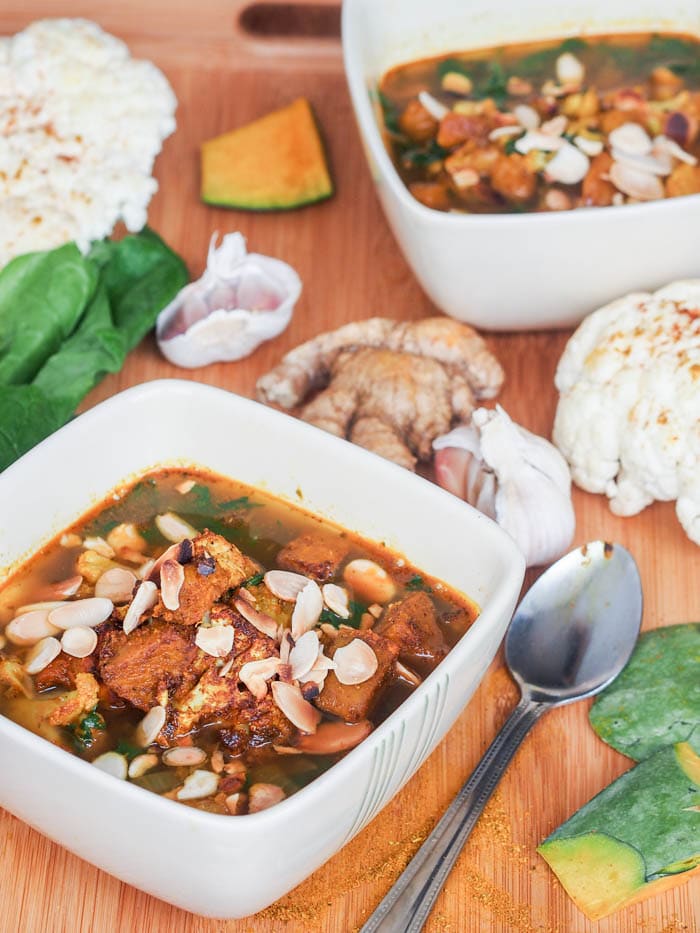 Oven roasted curry and paprika dusted pumpkin and cauliflower are the heart of this delicious Indian themed soup. The veggies are nicely browned and almost caramelized before being added into a pot where onions, garlic and ginger are eagerly awaiting them. That gets topped off with vegetable broth and spinach. Bring the pumpkin cauliflower soup to a boil and serve topped with toasted sliced almonds.

Now that’s what I call a proper soup. The smokey flavor from the paprika perfectly blends with the deep curry flavor for a rich, hearty and most of all healthy meal. This pumpkin cauliflower soup is perfect for dinner, on those cool, not yet summer nights, or when you have a cold like me. 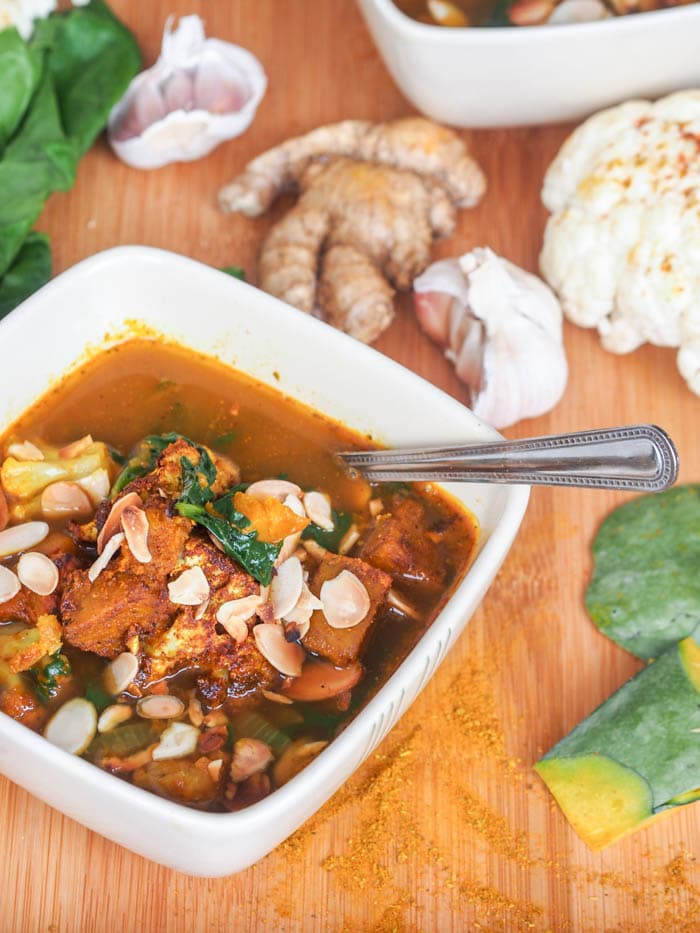 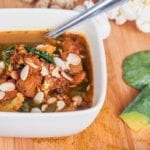