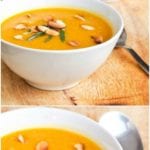 Vegan pumpkin soup makes for the best creamy, velvety and rich fall meal. Served sprinkled with toasted almonds and fresh rosemary. Ready in under 30 mins and made with only 7 ingredients. Gluten free & Paleo too! 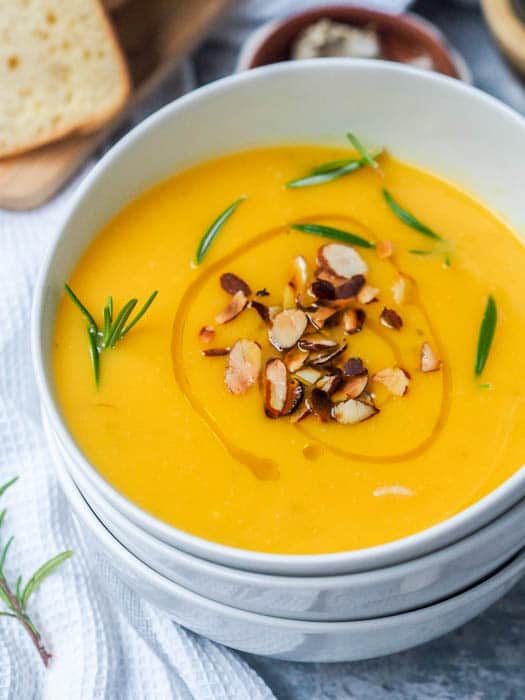 Vegan pumpkin soup is my latest obsession. My overall pumpkin obsession started in March of 2013 when D and I were renting an apartment in Penang, Malaysia for over a month, and it’s pretty much lasted ever since.

You see, growing up pumpkin was never one of the vegetables I really liked so I never once indulged in a creamy vegan pumpkin soup recipe. All that had to change.

What even opened my eyes to cooking with pumpkins was how ridiculously cheap they were Malaysia – I’m talking $1 for an entire enormously large pumpkin. I don’t remember the pumpkin prices here in the states but I know I just spent $6 on a butternut squash at Wegman’s so $1 for a huge pumpkin seemed like a steal to me.  And so it was the perfect opportunity to give this veggie another chance. And so I stocked up on lots of pumpkins at the grocery store.

It was all I needed to finally change my mind about pumpkin. Is it the best veggie ever or what?! And yes I know it’s only the first half of September, but if you ask me Pumpkin season starts September (or better yet never ends). I mean I can even eat pumpkin in the summer time! Who else is with me?!

Pumpkin is so so soooo delicious and even more so when pureed and served in a large soup bowl (or when made into curried quinoa pumpkin vegan collard wraps, Peruvian vegan fava bean vegetable pumpkin stew, vegan pumpkin dip, or vegan ricotta stuffed zucchini ravioli over pumpkin puree).

Basically I’m trying to tell you that you need pumpkin in your life in all ways and recipes, not just with this one vegan pumpkin soup. I never knew how versatile pumpkin was. Now that I’ve been cooking with it I really see how it can be used to so so many different recipes. I mean it literally is great in salads, soups, desserts, smoothie, stews, wraps, dips, pasta, you name it, pumpkin can do it. 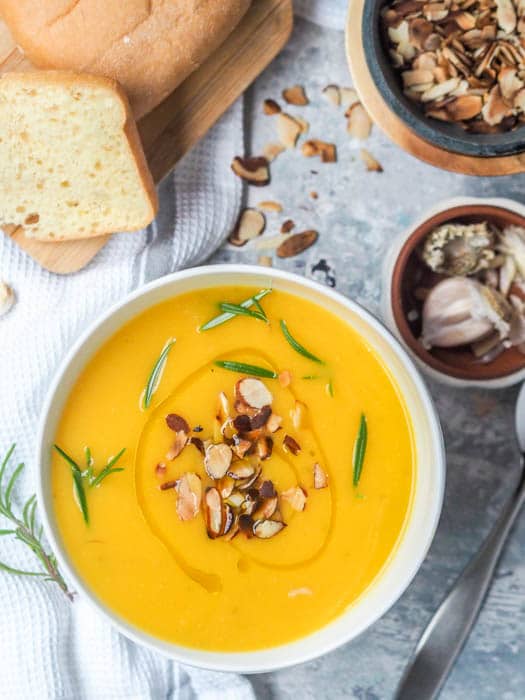 But let’s get back on the topic of this super creamy and dreamy vegan pumpkin soup. A pureed soup just is the definition of comfort food for me. I could have bowl after bowl, easily. 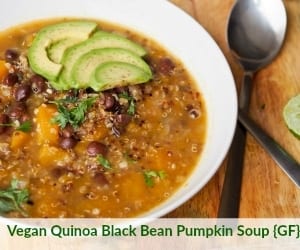 And when I wasn’t slurping away on this creamy pumpkin soup – I was feasting on this un-pureed vegan quinoa black bean pumpkin soup (another favorite of mine).

And, as long as you dice the pumpkin into small cubes it cooks fairly fast. Just a few other few ingredients and you’ll be slurping up this vegan pumpkin soup recipe in 30 minutes.

Rosemary and pumpkin are made to be together so don’t leave that out.

And coconut milk gives the soup an even creamier richer texture while still keeping it vegan. Another key to this recipe is to use home made stock/broth. If you only have store bought it will still work, but if you have some home made from scratch broth around be sure to use that. The proper broth truly elevates the flavor. For the non-vegan readers feel free to use home made chicken broth instead of veggie broth.

For a bit of added crunch I like to sprinkle toasted sliced almonds on this vegan pumpkin soup when serving. The nutty flavor blends perfectly with the rosemary and ever so slightly sweet pumpkin. You could use croutons instead or just leave the pureed soup as is. If you ask me personally croutons are a bit too crunchy and dense for my taste and they take away from the delicate nature of this soup, but that’s a matter of preference.

I know my mom loves the soup with croutons so you might too, but I do encourage you to go the toasted sliced almond route first!

This is yet another winning soup recipe to add to my collection.

I love how quickly this soup cooks and for those days when you simply do not have the time to stand over the stove for hours, a 30 minute recipe is exactly what you need. If you love a creamy soup but pumpkin isn’t your thang, check out my roasted cauliflower soup instead!

Or if you’re just on an orange veggie kick and expanding your horizons to cook with sweet potatoes and butternut squash too, be sure to check out my sweet potato tofu burger, sweet potato and chickpea salad, Whipped Sweet Potatoes

Leave a comment to let me know what you think of my vegan pumpkin soup if you end up making it (or if you have your own spin on a pumpkin soup vegan recipe please share below as well)!

How to make vegan pumpkin soup 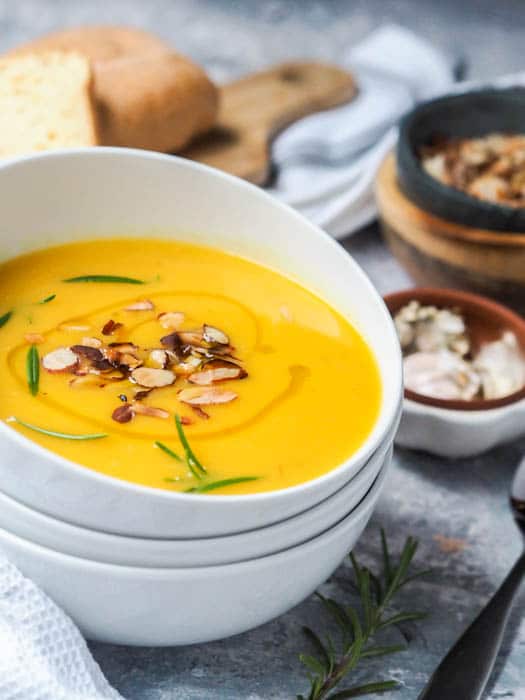 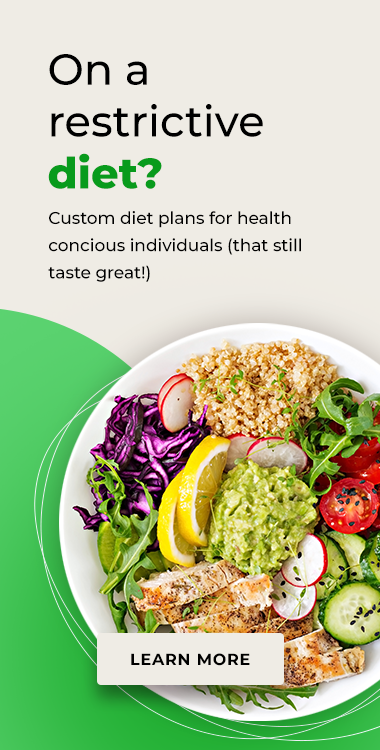