Rich, thick and creamy – just how gluten free New England clam chowder made from scratch was meant to be. Easy to make at home and healthier than the restaurant version. 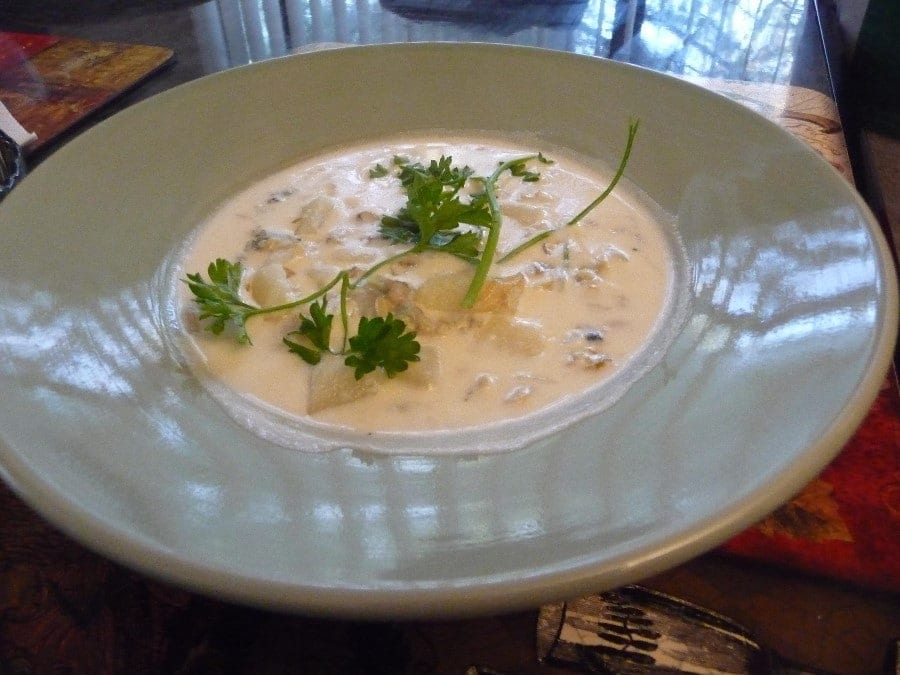 New England Clam Chowder is one of my all time favorite soups (second to my grandmother’s split pea soup of course).

Especially in a bread bowl.

In a large bread bowl.

My first tasting of this soup was actually far from New England.

It was in a cafe by the side of the road in San Francisco. I was there sightseeing with my parents and we had taken a tour of the city and the outskirts.

It was in the middle of March and the weather that day was miiiiiserable – cold, windy, rainy-the kind of horizontal vertical rain that confuses your umbrella senseless.

And there we were, the three of us, ordering our first bread bowls of clam chowder.  Not quite sure how we had lived in Massachusetts for a good few years and never sampled this magical soup on the East coast where it hails from.

Either way, regardless on which coast you try it first, you’re going to love it.

I’ve been hooked ever since. Now this soup is heavy, I mean it does have both half and half and heavy creamy in the ingredient list. Soooo it’s probably not great for your waist line. On a cold wintery windy miserable day though, when your body needs that extra fat before going into hibernation you’ll crave this soup though. You’ll need to have it. Nothing else will suffice.

On those days, when it’s just too unpleasant to even leave the house, you’ve got to have a clam chowder recipe handy to just make from scratch.

I’ve been promising myself for year to learn how to make this soup but somehow haven’t gotten around to it until now.

This gluten free New England clam chowder recipe I’ve tried to make myself but I think it’s pretty close to the restaurant quality soup.  It’s not as thick initially but gets thicker with time (especially by the next day).

With a bowl of this soup in front of me I don’t even mind the wintery storms or horrible weather. It’s just that good. 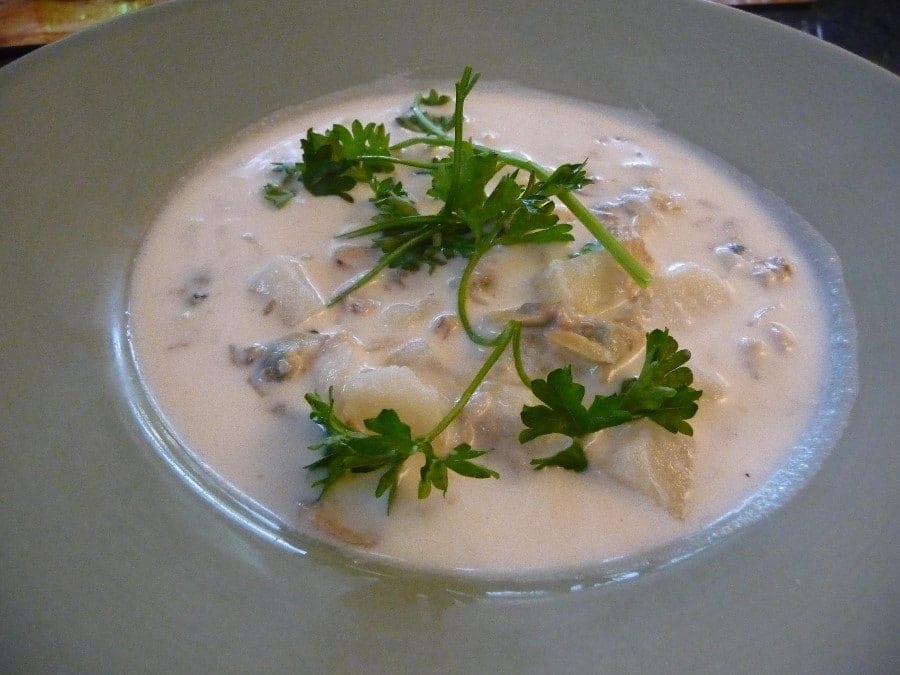 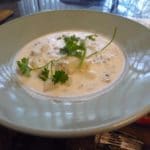 Recipe adapted from
Cooking for Engineers