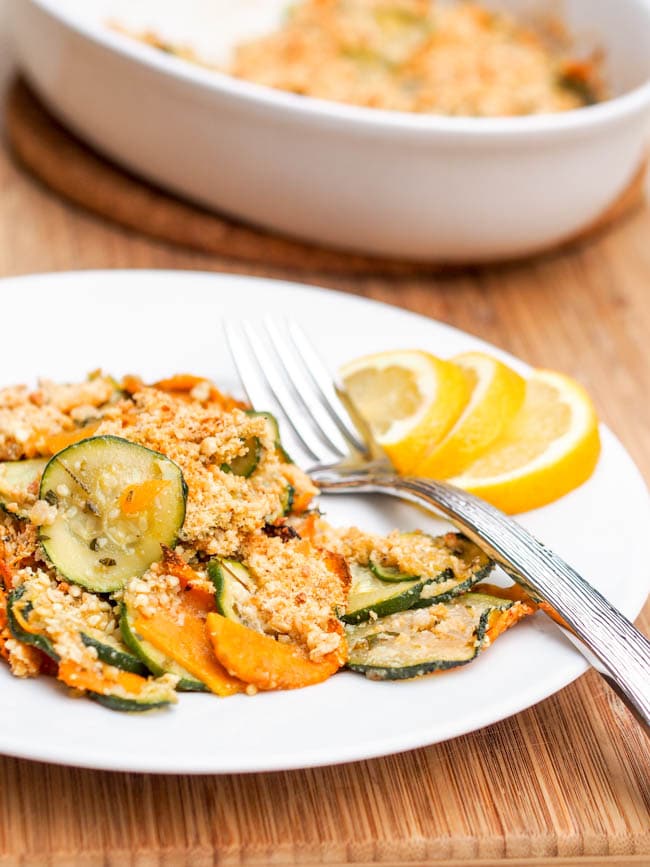 Once I made vegan Parmesan cheese for the first time and was thrilled with the finished product I knew I needed to immediately start whipping up dishes where the vegan Parm could be added.

I mean ok, we all know it’s obviously not exactly real cheese, but it’s as close to the real thing as a vegan or dairy free eater is going to get.

So while vegan Parm will never quite replace the real thing, you can duplicate that crumbly grated texture and taste.

Now where would a cheesey Parmesan cheese be great? Vegan Gratin.

I love vegan gratin based dishes. When I was growing up my mom had her own classic mushroom gratin that she made with sauteed mushrooms, onions, a mixture of sour cream and mayo, all to be topped by a generous sprinkling of grated sharp cheddar.

Delicious but not quite vegan friendly.

With that recipe as my inspiration I decided to come up with my own vegan gratin with zucchini and squash gratin. 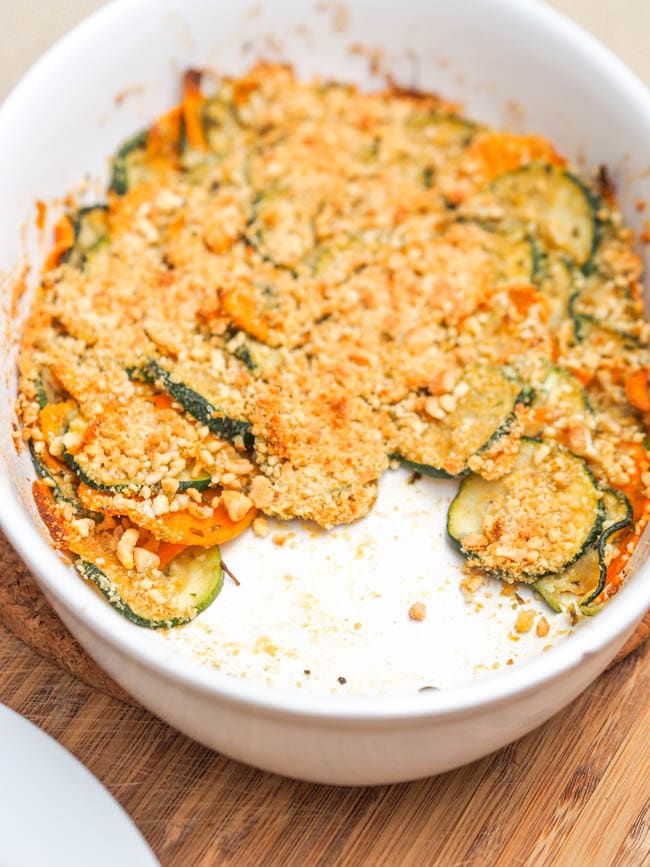 You simply need to mandolin slice the zucchini and sweet potato. Careful – watch out – don’t get into too much of a groove and take your eye off of that super sharp blade.

It is easy to get right into a nice little rhythm with that thing.

Then you toss the paper thin veggie slices with some oil, garlic, herbs, and vegan Parm and start neatly layering everything into a casserole or baking dish.

Now I’ve never been quite the careful organized person or the perfectionist so naturally my layering and spacing is far from perfect.

I happen to also be somewhat impatient which also prevents the zucchini sweet potato ratio from being in perfect equilibrium.

But hey, it’s your dish so make it work however you want to. Sprinkle with the remaining vegan Parm on top toss into the oven. Bake, broil and that’s it. Your delicious vegan recipe with zucchini and squash is ready for sampling.

A truly delicious light dish that embraces the fresh veggie flavor while complementing it with a nice crumb topping.

Have you ever made a vegan gratin before? Let me know if the comments below! 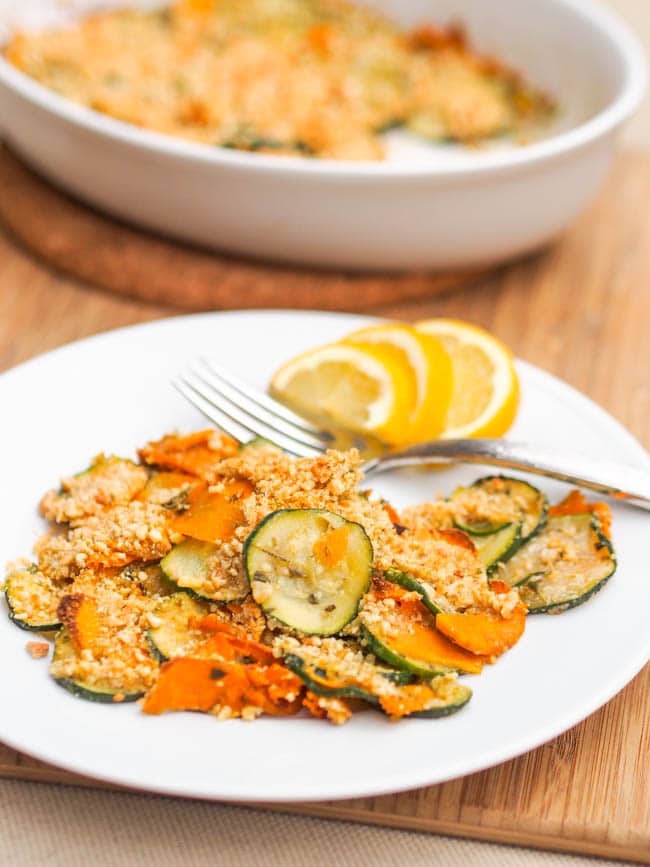 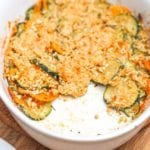