Both adults and children will love these simple and delicious sweet tortilla crepes. 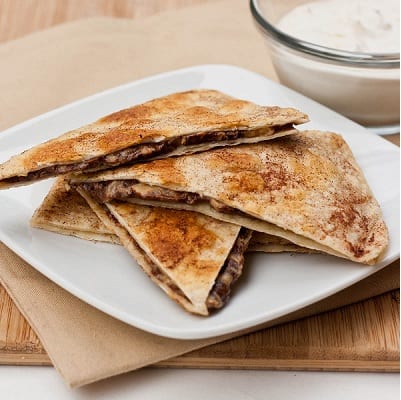 As I’ve said before I’m not a fan of sweets and can always politely decline them.

Except for these tortilla crepes (and of course, cheesecakes). Oh and panna cotta and creme brulee too — can’t say no to those.

Even I thought these were fantastic (and that’s saying a lot when it comes to dessert).

D loved them too (naturally) and even started to get fussy when he thought I was helping myself to a third piece (I wasn’t, by the way).

I especially appreciated how these tortilla crepes only took 10-15 minutes to make (would have taken even less if I was using store bought whipped cream), but the extra few minutes it took me to whip the heavy cream were definitely worth it.

Homemade whipped cream does not even compare to the cool whip in the tubs or cans. I mean seriously, why did I ever think it was acceptable to even purchase that canned stuff? All these years I was missing out on whipped cream made from scratch. This is the real deal. Talk about fluffy. It feels like you are straight up eating a cloud. Magical cloud bites, like eating sugar coated vanilla glazed clouds.

Unless of course you over whip it – then you’ve just made yourself some homemade butter. Woops — though that is delicious as well, but that’s a whole nother story.

I definitely recommend making this these sweet tortilla crepes for dessert and feel free to add any filling you want. Think of these as the sweet alternative to a savory quesadilla. Instead of cheese here we’ve got gooey chocolate, nutella and almond butter. So smooth and creamy.

I’m just posting the ingredients I used but you can really change things around. I’m sure these tortilla crepes would be great with fresh fruit as well; banana pairs well with nutella, strawberries with chocolate, etc.

Well actually everything pairs well with Nutella – it even makes wonder bread edible. Anyway, you get the idea.

Recipe Adapted from How Sweet It Is

1. Butter one side of tortilla and sprinkle with cinnamon. Cut tortilla in half and cook on both sides (starting with butter/cinnamon side down) over medium heat until slightly crisp.

2. Add all toppings to one tortilla half and then place other tortilla half on top. Chocolate chips should melt – if they don’t, cook tortilla over low heat for 1-2 mins.

3. Cut into 4 slices, serve with 1/2 cup whipped cream and drizzle with honey.

1. In a metal bowl combine heavy cream, vanilla, sugar and Kahlua. Beat over low speed, then gradually increase speed, continuing to beat until soft peaks form and mixture is thick. Be careful not to over beat (basically taste it every now and then and when its delicious and you just want to eat it by the spoonful you’re done). 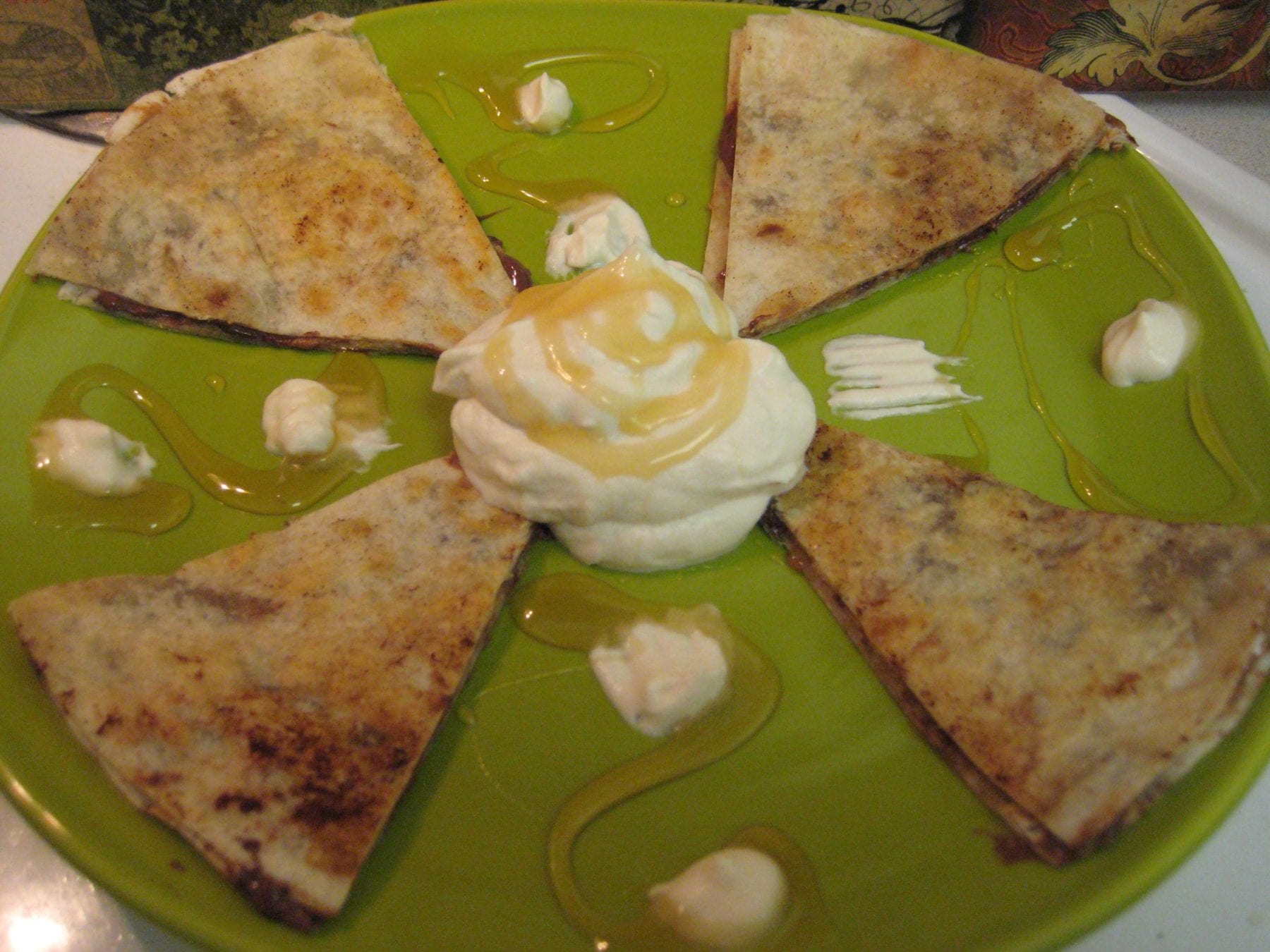