A simple gluten free and vegan black bean soup that is perfect served with avocados, red onions, cilantro and a squeeze of lime juice. Ready in 35 minutes! 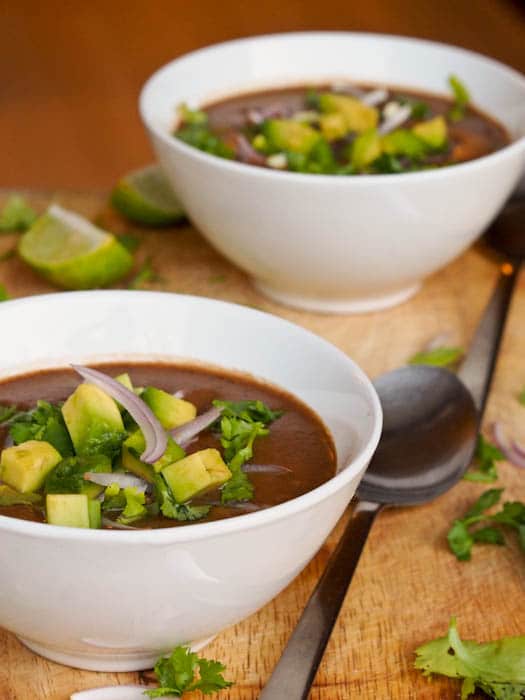 I simply cannot get enough soup. While we were renting an apartment in Malaysia in March I was making a new batch of soup almost every day. Even though it was about 100 degrees outside I still could not live without soup every day.

Not only did I want soup all the time, but I wanted a new and different soup for every meal.

And so this is how my gluten free and vegan black bean soup came to be.

I was scrounging the web for vegan black bean soup ideas and found a few that I quickly adapted into my own creation.

And so easy to make. You might be surprised to see that you need 3 cans of black beans for this soup; it seems like a lot at first. But the soup is going to be pureed and honestly you do need all three cans otherwise the black bean flavor will be totally diluted if you only use two – trust me on this, I’ve tried it both ways.

This soup is ready in 35 mins start to finish and makes for a super hearty and protein packed meatless meal. A total winner. With the additional toppings on top – red onions, avocados and cilantro this makes for a super filling meal!

Definitely one of my new favorite soup recipes. One that I’ll be making over and over again!

If you make this vegan black bean soup recipe, please let me know in the comments what you think 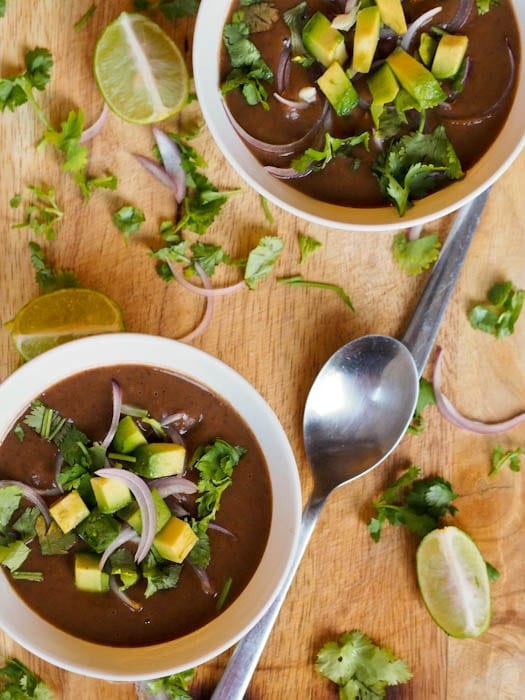 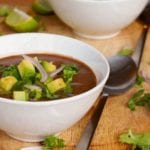 A simple vegan black bean soup that is perfect served with avocados, red onions, cilantro and a squeeze of lime juice