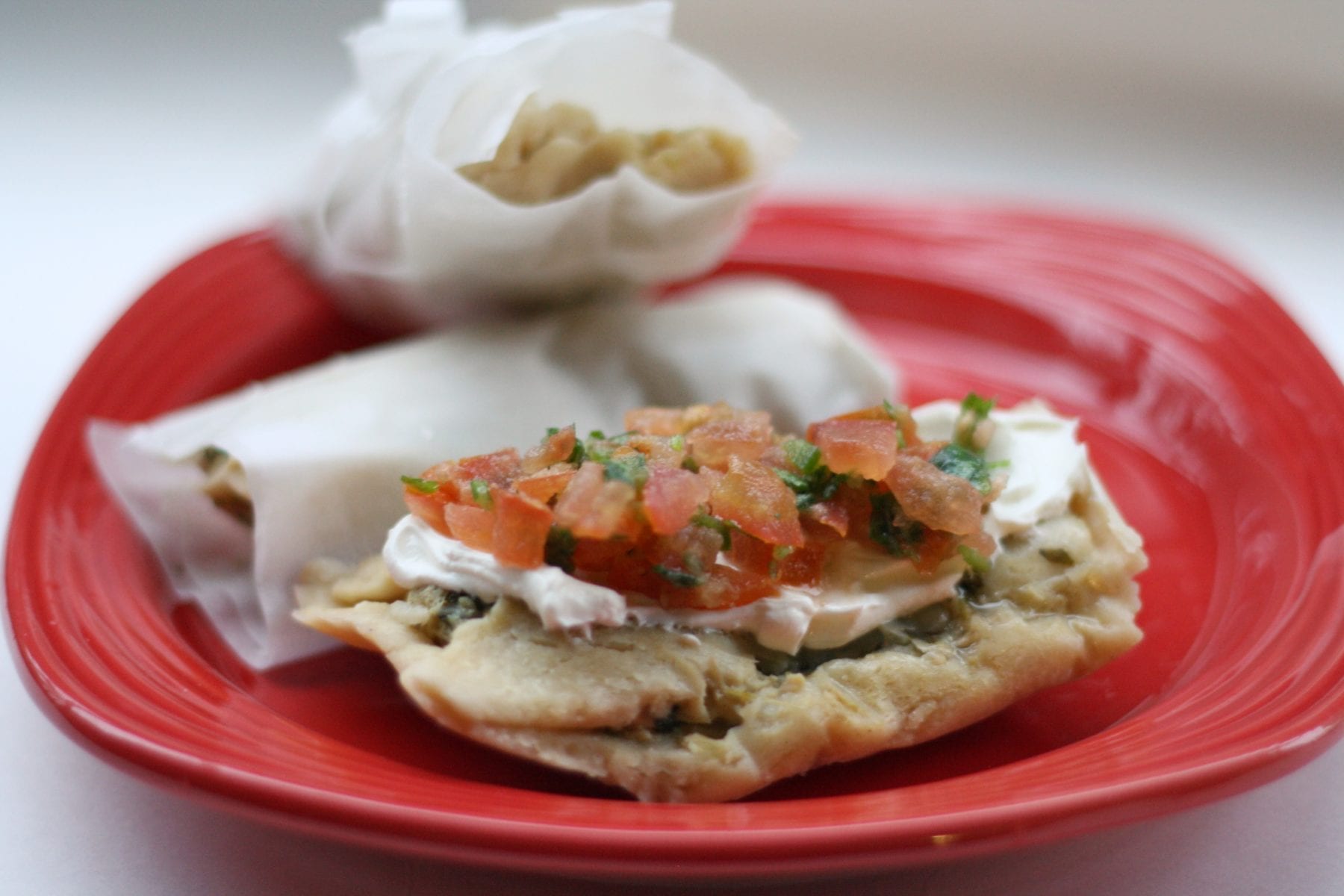 Another interesting daring cooks challenge. I had never made tamales before this, and had really only tried them a couple of times – when my college roommate K steamed her Trader Joe’s bought vegetarian tamales and shared them with me. Kind of a strange meal. Soft dough flattened in a corn husk, rolled up with filing inside and then steamed…how peculiar.

Well I was happy to try making them myself from scratch. Unfortunately Giant really let me down this time. First off I couldn’t buy the corn husks so had to resort to parchment paper. Then I had my heart set on the chicken tamales but Giant doesn’t carry tomatillos – a crucial ingredient. Well then I decided a jar of salsa verde was the next best thing.

Then my next mistake – I chopped up the cilantro and just threw it into the bowl of salsa verde, but apparently I was supposed to boil down the sauce first, before adding the cilantro – oops – guess that’s why we read the directions instead of just the ingredient list.

And I’ve heard that tamales are best made with lard – which seemed a little too adventurous for a Tuesday night, so I just went with an alternative – shortening. On the Daring Cooks forum a lot of bloggers mentioned that the tamles took closer to 2 hours to steam, instead of the 40 minutes stated in the recipe – and so I mentally prepared myself for a long wait. Surprisingly, my tamales were actually fully cooked and ready by the time the 40 minute timer beeped.

Then came time for the first bite. I was ready for the filing to taste strange and the dough consistency to be off, but it was actually all pretty good. Overall I was pleasantly surprised. With a dollop of salsa and sour cream, D and I had ourselves a mini Mexican fiesta.