Mixed Paella with Chicken, Chorizo, Shrimp and Clams – Was the time put in worth it? Absolutely. It’s an amazing Spanish Mixed Paella recipe! 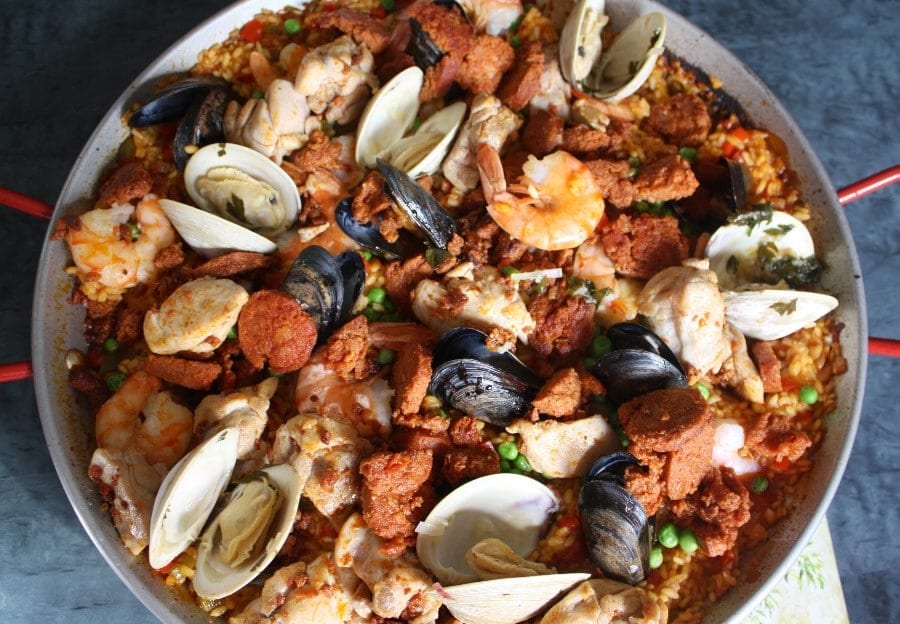 For the 4th of July long weekend – mine was super long because I took Tuesday off as well : ) I went back to Massachusetts. It really was a great weekend. I got to spend time with my parents, see my friends, go to my favorite Japanese and Indian restaurants, take a day trip to the cape, go to the movies, and best of all cook some delicious meals and test out some new recipes.  I suppose I will not get away from cooking anywhere anymore – in DC I cook for D and back in Massachusetts I cooked for my parents and during this trip I even had time to pop over to D’s parents house to show his dad how to make mussels and crab cakes. Not that I’m complaining. And I must admit my mom did make crepes with caviar and sour cream not once but TWICE while I was home. Don’t scrunch your face up. Crepes with caviar and sour cream are absolute heaven and one of my favorites.

Before my trip I had decided that I was going to make mixed paella (for the first time) while I was home. Naturally my mom doesn’t have a paella pan so I insisted that she drive over to Bed Bath and Beyond and buy one immediately (which she did). My biggest regret from studying abroad was never getting my senora’s paella recipe. I’m almost positive it took her all day to make but it really was to die for. I would have happily had it for breakfast, lunch and dinner. Every day. But for some reason I didn’t ask her for the recipe. Knowing how much time she put into making it, I knew that an authentic paella should take hours. So I basically found about 20 paella recipes online (by the way I’ve realized that a short cut recipe is easy to find, but a true authentic one, practically impossible) and combined them into 1 complicated time consuming recipe. I chose to eliminate all the steps that seemed too simple – example – instead of using a can of diced tomatoes – I grated 4 tomatoes. Anyhow, with my mom’s help the recipe took 2.5-3 hours (of non-stop attentive cooking, chopping, dicing, stiring, etc). Without her help it might have taken 4. And I’m guessing the authentic traditional Spanish paella could take even longer. Was the time put in worth it? Absolutely. It was amazing. Was it perfect? No. Did I make mistakes? Of course. But nevertheless it was a delectable mixed paella.

In the future some things I will do differently:

-use a whole chicken cut up into pieces or just use chicken drumsticks (I had used chicken thighs which were fine, but I think the crisp drumstick skin and meat would have been better)

So here is my Spanish Mixed Paella recipe – honestly I have no idea how far off I am from an authentic recipe but if you have one please send it my way!

For more Spanish recipe inspiration check out my gazpacho recipe and Spanish tortilla! 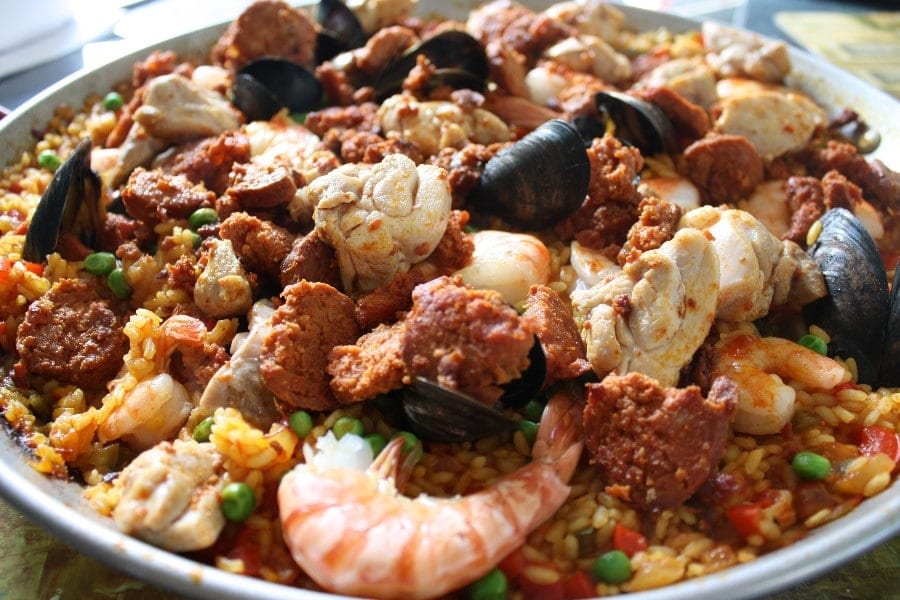 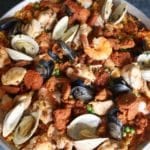 Spanish mixed paella made from scratch with seafood and meat.. Worth every minute of effort.