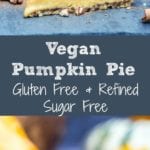 A no bake vegan pumpkin pie that is gluten-free and refined sugar free. Loaded with pumpkin flavor and fall spices. 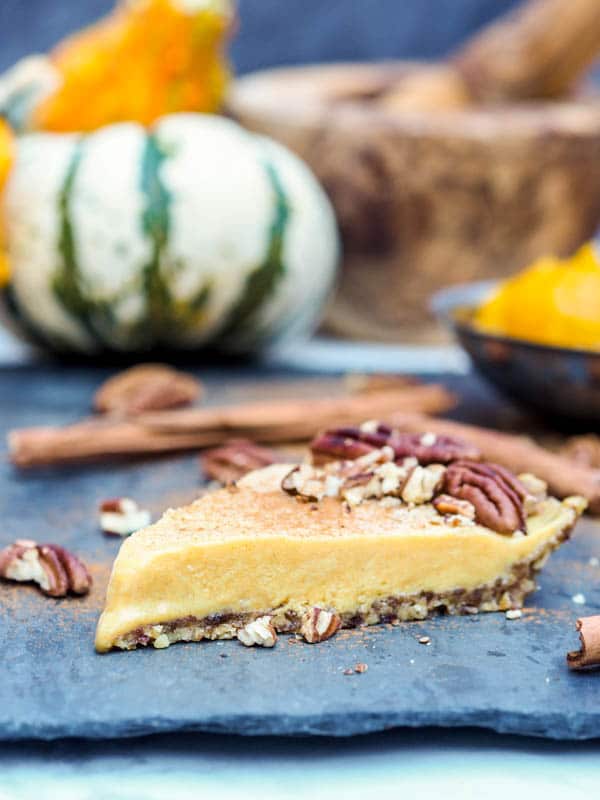 Pumpkin pie — love it or hate it? Or pies in general? Thanksigving seems to be all about pies – pumpkin pie, pecan pie, apple pie, but guess what?

I am not a pie person.

Nope. Anyone else with me on that?

Pies just don’t do it for me in the sweets department (I’ll take a few vegan paleo caramel chocolate turtles instead, thanks)

At least the traditional ones. 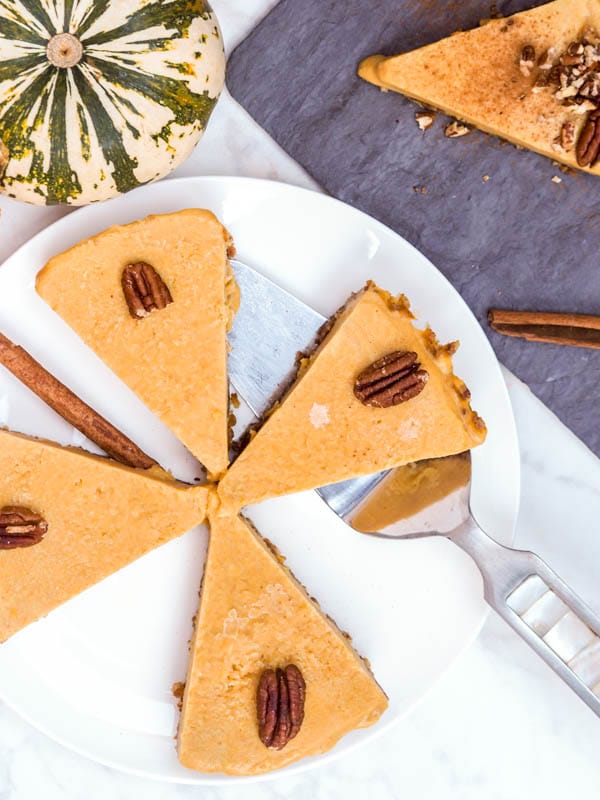 So instead of a classic pumpkin pie I’m here to present a vegan pumpkin pie that is no bake, gluten-free and refined sugar free too.

Basically a way healthier dessert that is made entirely in the food processor and throw right into the freezer.

Way simpler than dealing with pie crusts and finding more room in an already overloaded oven.

Simpler is better. And healthier.

The crust is made with dates, pecans and walnuts. I just love the way those three combine in the food processor and break down into a crumbly sweet nutty crust.

It’s my favorite (and also used as the base of my vegan pumpkin cheesecake recipe).

Once you pat down the crust into a pie pan, you can lightly clean out the food processor and get started on the actual pumpkin pie batter. 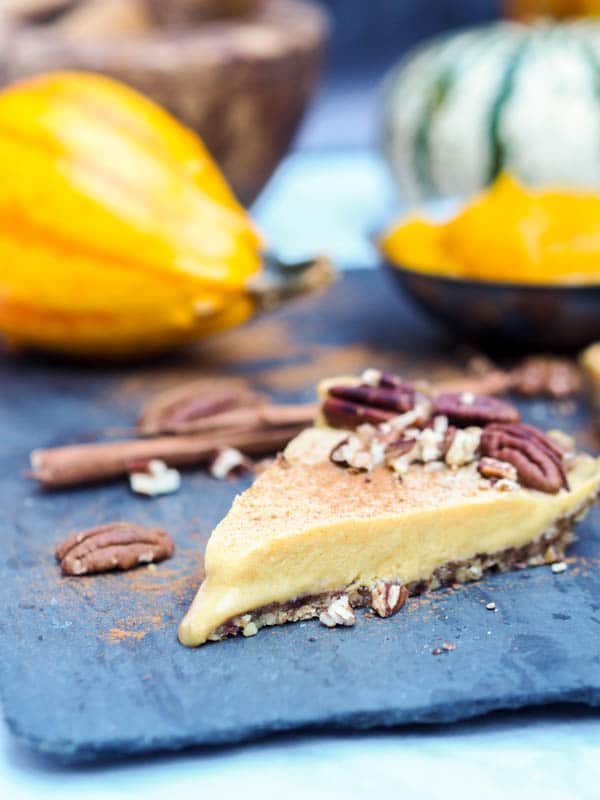 Nothing too fancy here – just pumpkin puree, coconut milk, a spoonful of Grand Marnier (why not?), maple syrup, and spices. Let all of that blend together and then pour right into the pie pan and pop into the freezer. You are now done.

Thanksgiving dessert checked off the list. Now time to start on the prepping of the side dishes, namely cauliflower mash, green beans with shallots and pine nuts, and vegan quinoa salad with squash, pistachios and cranberries.

What is everyone doing for Thanksgiving this year? And how is it Thanksgiving already?! Where DOES the time go?

This will actually be my first Thanksgiving at home in five years. I have not been around at the end of November since 2011.

In 2012 D and I had set off on our 2 year backpacking trip so we spent Thanksgiving on a super scenic and off the beaten path lake in China. The guesthouse had no electricity so we just sat by the fire in the dining area eating a classic Chinese meal – no turkey in sight.

In 2013 D and I, along with my closest friend S and her cousin were right in the middle of a 9 day Annapurna trek in Nepal on Thanksgiving. We were with American company but certainly not dining on traditional Thanksgiving food. We might have been able to get our hands on some popcorn that evening while we played cards by the fire.

In 2014 D and I had set off on a US road trip just 2 weeks before Thanksgiving and spent it with friends and extended family down in Florida. So in 2014 we were at least present on American soil for the holiday!

In 2015 D and I were wrapping up a house sitting assignment in Costa Rica and because I couldn’t get my hands on turkey at the store, I made us a roasted chicken with some side dishes instead. We may have enjoyed a vegan gluten-free apple crisp with butternut squash for dessert though!

And that sums up where I’ve been for Thanksgiving the last 5 years. Tomorrow I’ll be spending the day with my parents and their friends.

Wishing you all the best and hoping you enjoy your Thanksgiving feast tomorrow! Happy cooking and most importantly happy eating! 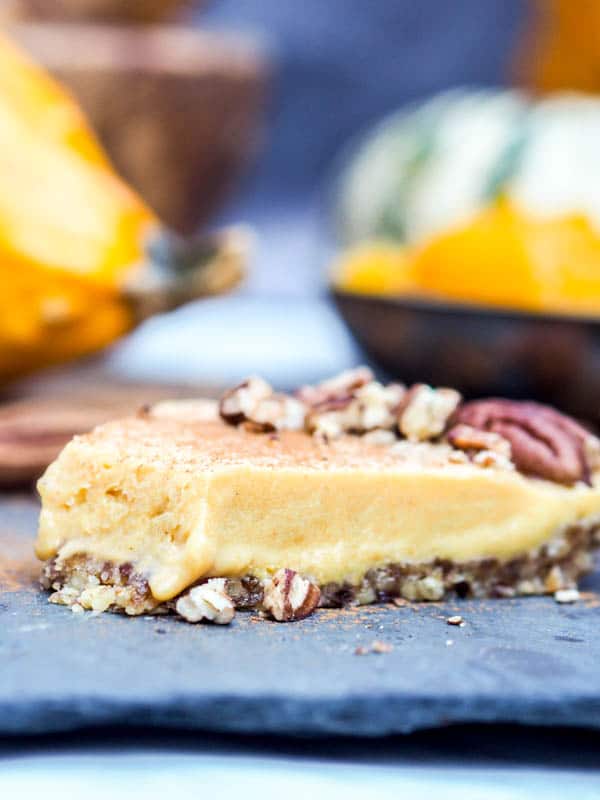 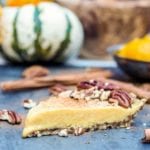